Basing on Plato’s “Apology”, the two groups of accusations that Socrates says he faces are of two kinds: one recent and the other ancient. The investigation has made Socrates have many enemies of the worst and the most dangerous. As a result, for the ancient accusations they believe that “Socrates is an evil-doer, and a curious person, who searches into things under the earth and in heaven, and he makes the worse appear the better cause; and he teaches the aforesaid doctrines to others.” And people have this kind of thoughts for Socrates for a long time. So, he makes the first defense on explaining how the bad reputation formed by the ancient accusations.

Socrates was wise in knowing that he knows nothing and he knows that knows nothing. He was ignorant in making many enemies around him. Socrates thinks virtue cannot be taught by most people since he believes that no one can place over virtue on human beings because that here is no one can understand human and virtue. He shows that if the sons of Callias were foals or calves, there would be no difficulty in finding someone to put over them, and then we should hire a trainer or houses or a farmer probably who would improve and perfect them in their own proper virtue and excellence, but they are human beings.

Scorates believes that sophists were the people, who teach for money and use language as tools to affect others an opinion about truth, but Scorates does not do this, and he uses the words to exam truth for people. However, for the ancient accusers, the legal charge against Socrates is that” “Socrates is an evil-doer, and a curious person, who searches into things under the earth and in heaven, and he makes the worse appear the better cause; and he teaches the aforesaid doctrines to others.” The thoughts of Socrates are different from the traditional culture which existed in Athens. So the ancient accusers believe the charges have been true. For the recent accusers, the legal charge against Socrates is that “That Socrates is a doer of evil, and corrupter of the youth, and he does not believe in the gods of the state, and has other new divinities of his own.” From the aspect of the recent accusers, the ideas of Socrates conflicts with their benefits. So the charges might be true for these people.

Socrates uses his experiences to response to the ancient accusations. For instance, he demonstrates he is not a teacher and does not take money. The bad reputation that people have on him is influences by others, who are his enemies. He writes the more evidences in his indictment for people to judge themselves. For the second charge, he has a debate with Meletus and asks questions to indicate the truth of the charge. He states that envy and detractions are the reasons of his death.

Socrates thinks that the role he plays in the life of Athens is to offer information to examine the pretenders to wisdom and he uses his ideas to tell the truth. So, Socrates does not think that he deserves any punishments even though he was condemned to death by the jury. The story of Chaerophon and the oracle is that Chaerephon, who was early a friend of Scorate, went to Delphi and boldly asked oracle to tell him whether there was anyone wiser than Socrates, and the Pythian prophetess answered that there was not man wiser than Socrates. Then, Chaerephon is dead, but his brother, who is in court, will confirm the truth of this story.

Socrates considers that the punishments should let him go and warned him do not do this again or he should die. He rejects by replying that he would not depart since he shall obey God rather than you, and while I have life and strength I shall never cease from the practice and teaching of philosophy. Finally, Socrates says that he does not fear death since he believes a truth “that no evil can happen to a good man, either in life or after death”. He believes that what he has done is under the guidance of God, so the God would know what is beyond death. 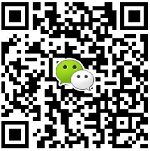